This is the word of the day, or week – rather.

Student Advocacy & Support (SAS) today held its first event for Postgrad Week: Llamas and Choc-tops! The question on everyone’s minds is not, contrary to insular #stupol circles’ beliefs, whether this was stolen from a certain losing opposition ticket’s policies. Hint: it was discussed as early as mid-September.

Instead, the question is what part do animals and desserts have to play in the lives of postgraduate students at UQ? I spoke to Kristian Wheelehen (SAS Welfare and Community Development Advocate) to find out.

Kristian, is SAS secretly a UQU wing of the Special Air Service regiment?

*I proceeded hurriedly to discard pre-prepared questions on [redacted].*

“SAS provides students with assistance in matters academic, legal, and welfare; we also offer support vis-à-vis visas, and for job-preparedness.”

Do students need to pay when they use these services? Or are they free?

“Postgrad Week is a UQU/SAS initiative, and has been funded through UQ’s ‘sense of  belonging’ scheme, which consists of today’s Llama Event, tomorrow’s Shrek screening – which has been tailored for students with young families – @ 6pm in the Great Court, and the Postgrad ball on Thursday night.”

What’s the rationale behind these events?

“Essentially, we wanted to convey to postgraduate students that we’re here, ready to help them howsoever they may need, and that their issues are just as important to us as those of undergraduate students. It’s also an opportunity to foster a community.”

Thank-you for your time, cobber.

Richard Lee (President of APS) had this to say: “It’s really good to see the Union putting money into postgraduates, given we make up a third of students here at the university”.

Anyway, that’s all from me – your undergraduate reporter reporting on postgraduates. 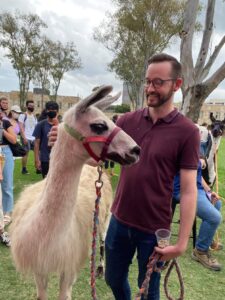 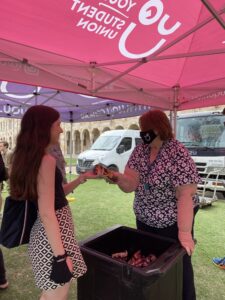 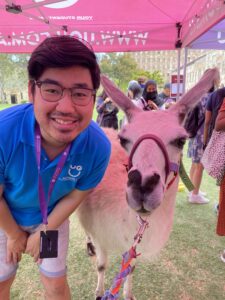 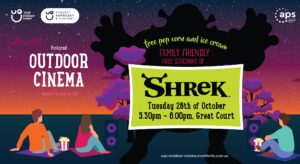