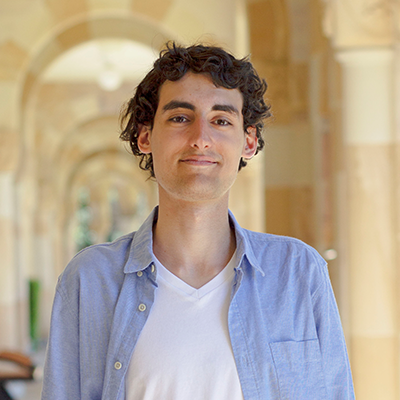 Here is a description relating to our Student Executives

The UQ Union provides a range of services and is the representative body that holds the University and government to account and fights for the rights of students on campus. Whether it’s by accessing our support services, attending a Union event or just by eating at one of the Union outlets, chances are you will almost inevitably interact with the Union in one way or another during your time as a student.

The great strength of the UQ Union lies in the fact that it is a democratically elected organisation. Every October students get the opportunity to elect who will represent them in the Union for the coming year. This means that we in the Union are ultimately accountable to you as a student. This year, myself and the other members of the student executive are committed to increasing the visibility and the accessibility of all aspects of the Union and its services, because we recognise that more engagement with and participation in the Union means the Union’s ability to advocate for students becomes stronger still.

The UQ Union’s main deliberative body, Union Council, meets at least once a month between February and November. If you want to learn more about how the Union operates, I encourage you to come along, or to reach out to us in the Union directly if you have any issues or questions.